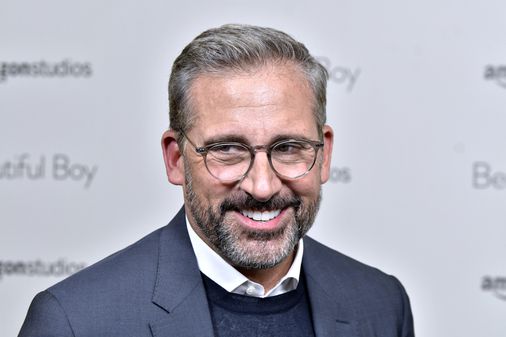 “This is my second mall spotting of Steve Carell. I saw him about 10 years ago at South Shore Plaza. Dude loves malls,” she added in a follow-up tweet.

A representative for Carell had no comment about what he’s up to in the area.

In the photos posted by Russo, Carell is dressed in casual attire — a green sweater, jeans, and pair of white sneakers — and seen lounging on a couch in the mall and exiting a store.

Get The Big To-Do

Your guide to staying entertained, from live shows and outdoor fun to the newest in museums, movies, TV, books, dining, and more.

One person pointed out that the star of “The Office” and Hulu’s “The Patient” was also sporting a Northwestern University hat, to which Russo responded that his daughter, Annie Carell, is a student there. Carell and his wife, Nancy, have previously posted a video cheering on dancers at the school, joking that they had “choreographed a dance” to perform for the group but refrained from doing so, so as not to “embarrass” their daughter.

His low-key appearance at the mall did not appear to attract much attraction from other shoppers. Russo said she first spotted him in J.Crew, where the two made eye contact.

“No one else even noticed him,” she wrote in an e-mail on Monday morning about the encounter. “I smiled and then he smiled back and looked down as if to say, ‘Don’t make a fuss or let anyone know who I am.’”

Later on, while at Uniqlo, she again saw him. Carell was sitting in a communal area by himself while scrolling through his phone, she said, when one family realized who he was.

“Oh wow! That’s Steve Carell,” she heard the family say aloud. Neither the family nor another couple who seemed to recognize the actor approached or bothered him, Russo said.

People jokingly responded to Russo’s stealth sighting on Saturday. One person replied with a photo of Carell’s “Office” character Michael Scott entering a Victoria’s Secret while out shopping with his coworkers in the show. Other people referenced to his movie “Crazy Stupid Love” and the scene where his new friend, played by Ryan Gosling, helps him to revamp his image by purchasing a new wardrobe.

“I keep forgetting he’s a Mass native. He’s not obnoxious about it like other celebs,” one person tweeted.

Carell was born in Concord and grew up in nearby Acton. He has kept his ties to the area over the years, giving a shout-out to the Emerson Hospital staff at the height of the pandemic. He also purchased the Marshfield Hills General Store in 2008.