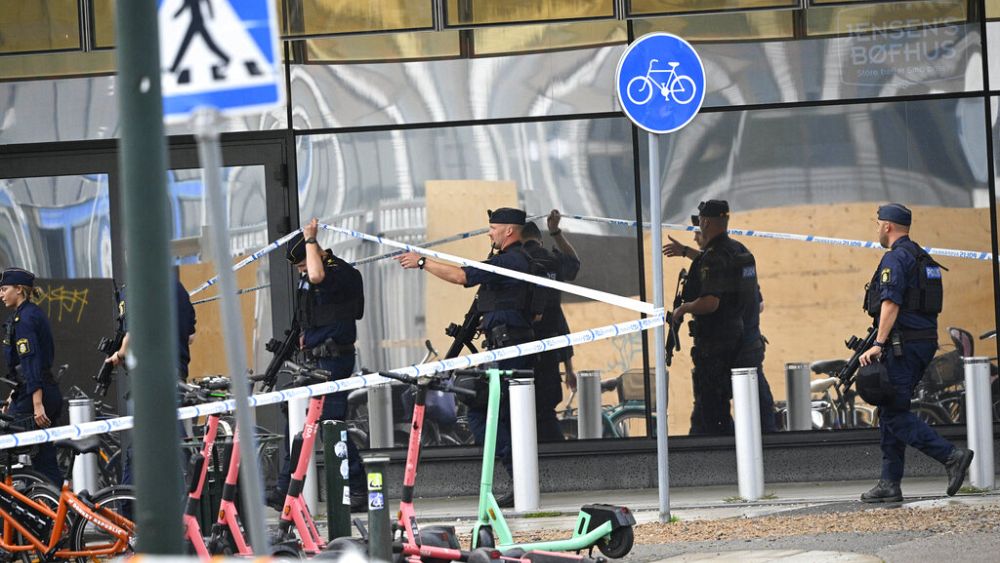 Shooting at Swedish shopping centre kills one and injures another

Swedish police said on Friday that one person has been killed and another wounded in a shooting at a shopping centre.

The incident happened at the Emporia shopping centre in the southern city of Malmö on Friday afternoon, which police said appeared to be linked to gang violence.

A man and woman were wounded in the attack, with the man later “succumbing to his injuries” in the evening, the police wrote on their website.

The woman was still “being treated in hospital,” they added. Local authorities had earlier said she was in a critical condition.

One suspect was arrested after the shooting, which police said appeared to be related to Malmö’s gangs.

Police received reports of multiple shots being fired at the shopping centre — one of the biggest in Scandinavia — shortly after 5:00 p.m. local time.

There were still people in the shopping centre one hour later, but the police said the was no longer dangerous. Some had sheltered in shops upon hearing gunfire.

Police said they had arrested a teenager in connection with the shooting, which they claimed was an “isolated incident linked to criminal circles.”

They ruled out any terrorist motivation.

Eyewitnesses told local media that a person opened fire randomly on people shopping in the mall, though this information has not been confirmed.

Roads around the shopping centre were temporarily closed and all train traffic through the nearby Hyllie station was stopped, but has since resumed.

Shootings by criminal gangs have become a growing problem in Sweden in recent decades, including in Malmö, the country’s third-biggest city.

Gang violence is among the main campaign issues ahead of Sweden’s national election on 11 Sept.