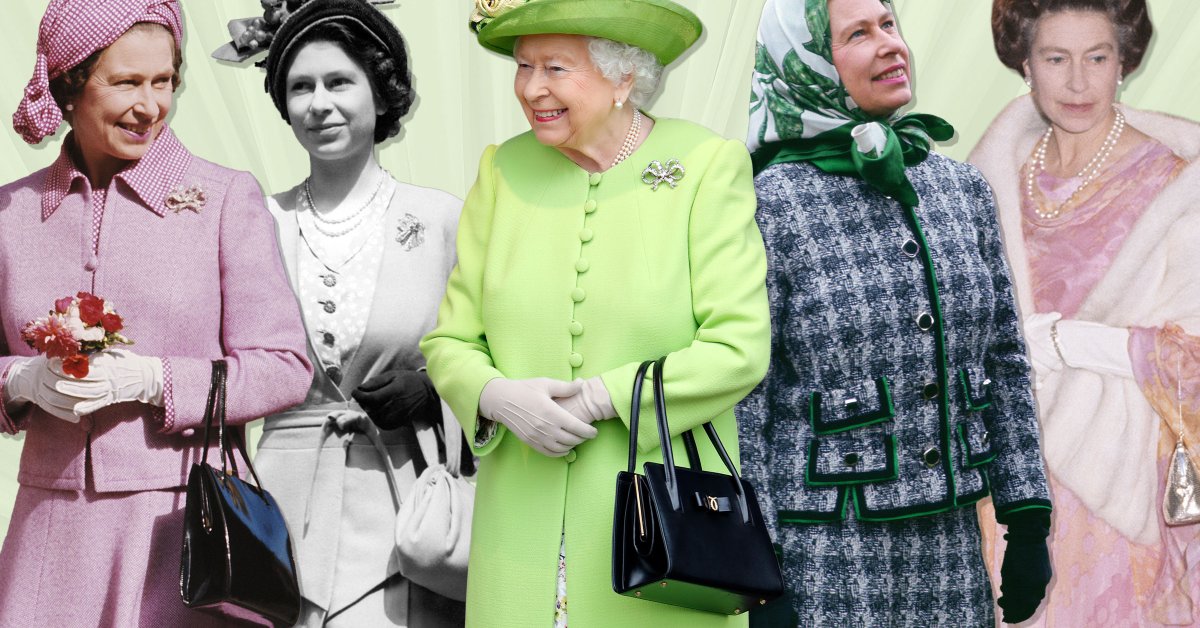 Queen Elizabeth’s Style Evolution Over the Years in Pictures

Queen Elizabeth II’s 70 years on the throne wasn’t just characterized by her impressive reign and noted diplomacy. The monarch’s fashion over the years consistently favored regal elegance over fads, with an impressive post-coronation wardrobe that spoke to the deep understanding she had of her role as a leader of her country—leaving us with a sartorial legacy that ranks as one of the most iconic in the world.

Much like her public life, the Queen’s wardrobe was a visible manifestation of her intensive role as a British monarch. Hazel Clark, a professor of Design Studies and Fashion Studies at Parsons School of Design believes the queen’s dress choices spoke to her personal style as opposed to following fashion trends.

“I would rather describe the Queen’s dress choices as ‘non-fashion’ but with a very strong sense of style, which she has developed and refined throughout her life,” Clark said. “I think it has also helped communicate her status as a world leader: In other words, that sense of consistency in her appearance creates a sense of confidence and continuity.”

In her early years as a princess, Elizabeth favored clean and polished silhouettes with a nipped-in waist, a style that reflected the time, especially for war-torn and post-war England.

Elizabeth demonstrated her sensitivity to the challenges that her country was facing during this time most presciently when she married Philip Mountbatten, the Duke of Edinburgh, in 1947. The war had ended two years prior to her tying the knot, and the then-princess used ration coupons that she had saved to purchase the tulle, chiffon, and silk for her Norman Hartnell-designed, seed pearl-encrusted royal wedding gown. (She was also generously granted 200 extra ration coupons in addition to her saved ones for the royal wedding.)

READ MORE: The 12 Most Influential British Royal Wedding Dresses of All Time

Six years later, Elizabeth turned to Hartnell yet again for her coronation dress, a white duchesse satin gown that was embroidered with national and Commonwealth floral emblems in gold and silver thread and embellished with seed pearls, which she wore to be crowned the Queen of England.

The Queen’s wardrobe following her coronation spoke to the deep understanding she had of her role as a leader of her country. With this in mind, she favored classic, clean lines and looks that were stylish and elegant, but not necessarily trend-setting. While her silhouettes and hemlines may have been on the more conservative side, Elizabeth definitely found other ways to express her sartorial whims, turning to vibrant colors, vivacious prints, and cheeky accessories like hats, gloves, and purses.

Hats, a necessary part of British fashion culture, became a signature statement for the Queen, whose taste in toppers could be as whimsical (as seen with an upturned straw hat festooned with a bunch of red cherries) it was smart (like the bold polka-dotted pillbox hat she donned with a matching green skirt suit.)

In many ways, the Queen made a case for uniform dressing, which, although it relies on tried-and-true elements, can inspire fans to take chances with the variables. Take, for example, Elizabeth’s approach to formal wear. The Queen loved a long-sleeved sheath gown, more often than not embellished with crystals or sequins. Repeating this silhouette was hardly boring when you account for the way she accessorized: the right tiara, sash, gloves, and jewels breathed fresh life into what could be seen as a fairly traditional royal wardrobe.

Likewise, Elizabeth could dress casually with the same easy elegance. While she was rarely seen wearing pants, a trip to the hospital necessitated a chic gray suit with slacks. Other downtime ensembles paid homage to quintessential English leisure wear: Wellington boots, quilted outerwear, headscarves, and well-made separates in plaid, wool, and checks.

The fashion trends most closely associated with Queen Elizabeth, however, came during the later years of her life, where her penchant for color blocking and monochrome looks made her a veritable style icon.

Dressed in head-to-toe in one shade was charming, not cloying, especially when you consider the care that Elizabeth put into ensuring that her accessories matched the look. One only needs to look as far as her famous umbrellas, which she painstakingly matched to her various outfits.

The Queen’s affinity for vibrant and bright colors for her outfits wasn’t just an aesthetic thing either; in the documentary The Queen at 90, Elizabeth’s daughter-in-law Sophie, Countess of Wessex, explains that there was a very pragmatic reason for her bright looks, and it was for the good of her subjects. “She needs to stand out for people to be able to say ‘I saw the queen,’” she said. “Don’t forget that when she turns up somewhere, the crowds are two, three, four, 10, 15 deep, and someone wants to be able to say they saw a bit of the queen’s hat as she went past.”

With her measured elegance and tasteful, thoughtful sartorial decisions, Queen Elizabeth established a fashion framework for the modern royal, balancing strong personal taste with a self-awareness of her role as a leader.

Solange’s Bottega Veneta Look Will Have You Green With Envy