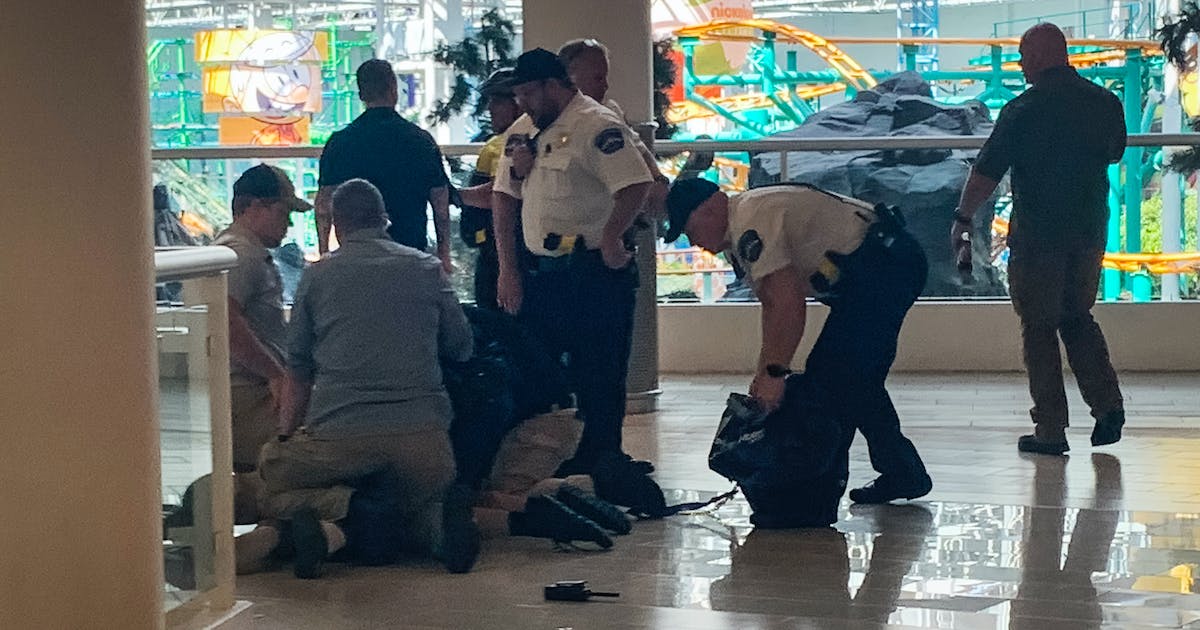 Man with rifle in Mall of America tackled and arrested after robbing store, police say

A gunman robbed a store Friday inside the Mall of America, and was tackled by enforcement inside and arrested as he exited the retailer, officials said.

Bloomington Deputy Police Chief Kimberly Clauson said the man targeted the Lids store on on the southeast side of Level 3 for robbery.

A caller first alerted mall security to the 28-year-old man when he entered the massive shopping center, and he was detained with a rifle as he left Lids, a sports apparel retailer, Clauson said.

“After the male was detained, it was determined that the male committed an armed robbery inside of Lids,” the deputy chief said. She did not say what items the man took.

Clauson added that police have identified a vehicle outside the mall associated with the man, and they intend to seek a warrant for court permission to search it.

The man also robbed a pawn shop in Minneapolis earlier in the day, the deputy chief said.

Minneapolis police records show that the man came into the store in the 1500 block of E. Lake Street with a pistol in view around 11:30 a.m. and left with silver chains.

Charges against the man in both robberies are pending. The Star Tribune generally does not identify suspects before they are charged.

Star Tribune photo editor Kevin Martin was with his young daughter shortly after noon near the Crayola Experience store when their escalator heading up to Level 3 stopped and security began waving them through. They turned the corner, and he saw police subdue the man and take his rifle.

“They were all over him,” Martin said. “I don’t know how they found him or if he walked in with it in plain view.”

Martin said there was no lockdown alert nor panicked shoppers fleeing.

“It got really quiet,” Martin said. “Everyone was just standing in stores, I don’t think people really understood what was going on.”

This incident comes about three weeks after gunfire erupted inside the crowded mall.

Shamar Alon Lark, 21, of Minneapolis, and Rashad Jamal May, 23, of Burnsville, were arrested during a traffic stop a week later in Chicago and have been charged with second-degree assault and felony discharge of a dangerous weapon. They remained jailed Friday in Cook County, Ill.

The two were shown in mall surveillance video fleeing a fight among four other individuals that led to Lark allegedly firing several shots. No one was injured in the incident that sent shoppers scurrying and led the mall into lockdown.

On Dec. 31, two people were shot and wounded following a dispute on the mall’s third floor.

Kahlil M. Wiley pleaded guilty to second-degree assault in connection with that shooting.