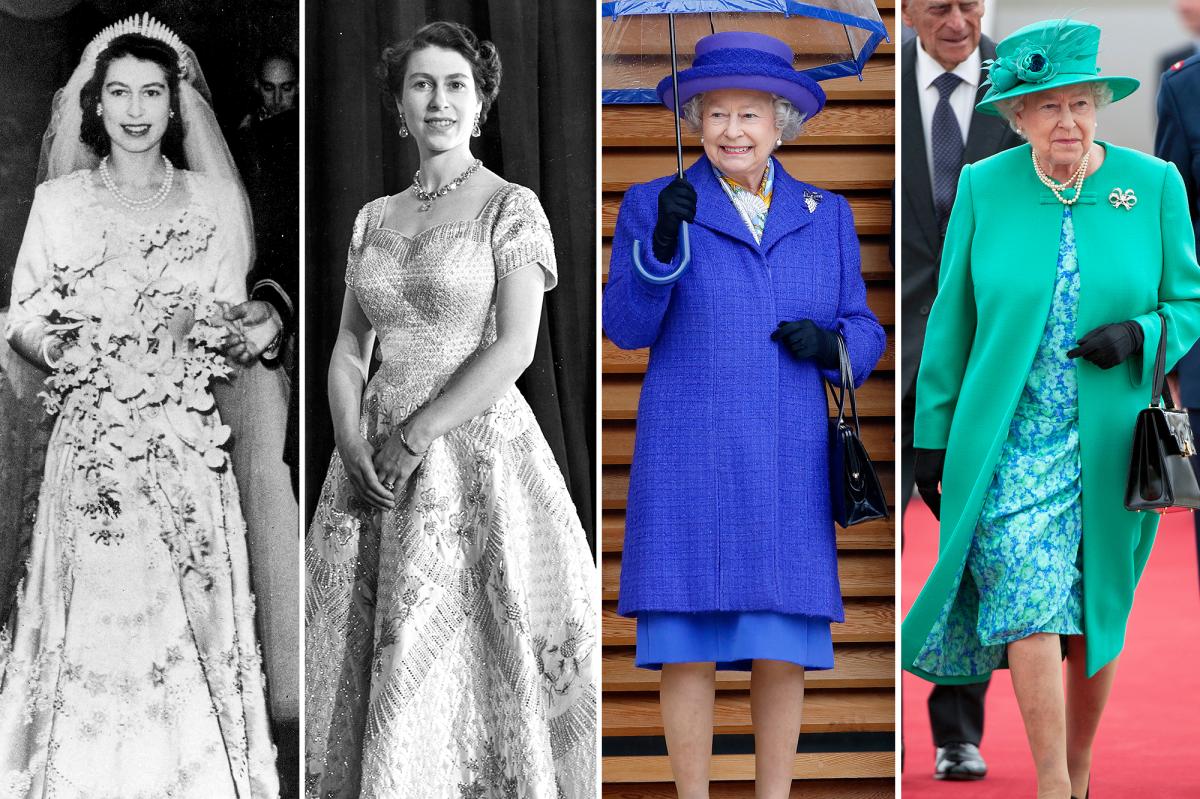 Queen Elizabeth II was known for her 70 years of unwavering service to the United Kingdom and the Commonwealth — but she’ll also be forever remembered for her regal sense of style.

The late monarch, who died on September 8, 2022 at the age of 96, was as much of a fashion icon in her younger years as Princess Diana or Kate Middleton, inspiring trends and embracing the latest designers of the 1950s, 1960s and beyond.

An expert at “diplomatic dressing,” the Queen often wove symbolic elements and colors into her outfits, inspiring younger royals like the new Princess of Wales and Meghan Markle, the Duchess of Sussex to incorporate similar touches into their own wardrobes.

What’s more, many of Her Majesty’s jewels and tiaras — and even one particularly memorable gown — have been shared with other members of the monarchy, ensuring these precious pieces can live on.

In the latest episode of “Royal Roundtable” (and below), we’re exploring the lasting impact of a few of the Queen’s most iconic outfits.

Women in the United Kingdom were so excited about the wedding that they even mailed their own post-World War II ration coupons to the princess so she could put them toward the pricey design. While she had to return them, the touching gesture showed how much people cared for the future queen.

Queen Elizabeth II made sure her coronation dress reflected her new role not just in the UK, but across the Commonwealth. Her short-sleeved, heavily embroidered Norman Hartnell gown featured national symbols such as English roses, Scottish thistles, Irish shamrocks and Australian wattles.

More than six decades later, Meghan Markle would take a similar approach with her wedding veil, which she had hand-embroidered with flora from each Commonwealth country — along with Wintersweet, which grows on the Kensington Palace grounds, and the California Poppy, a nod to her birth state. 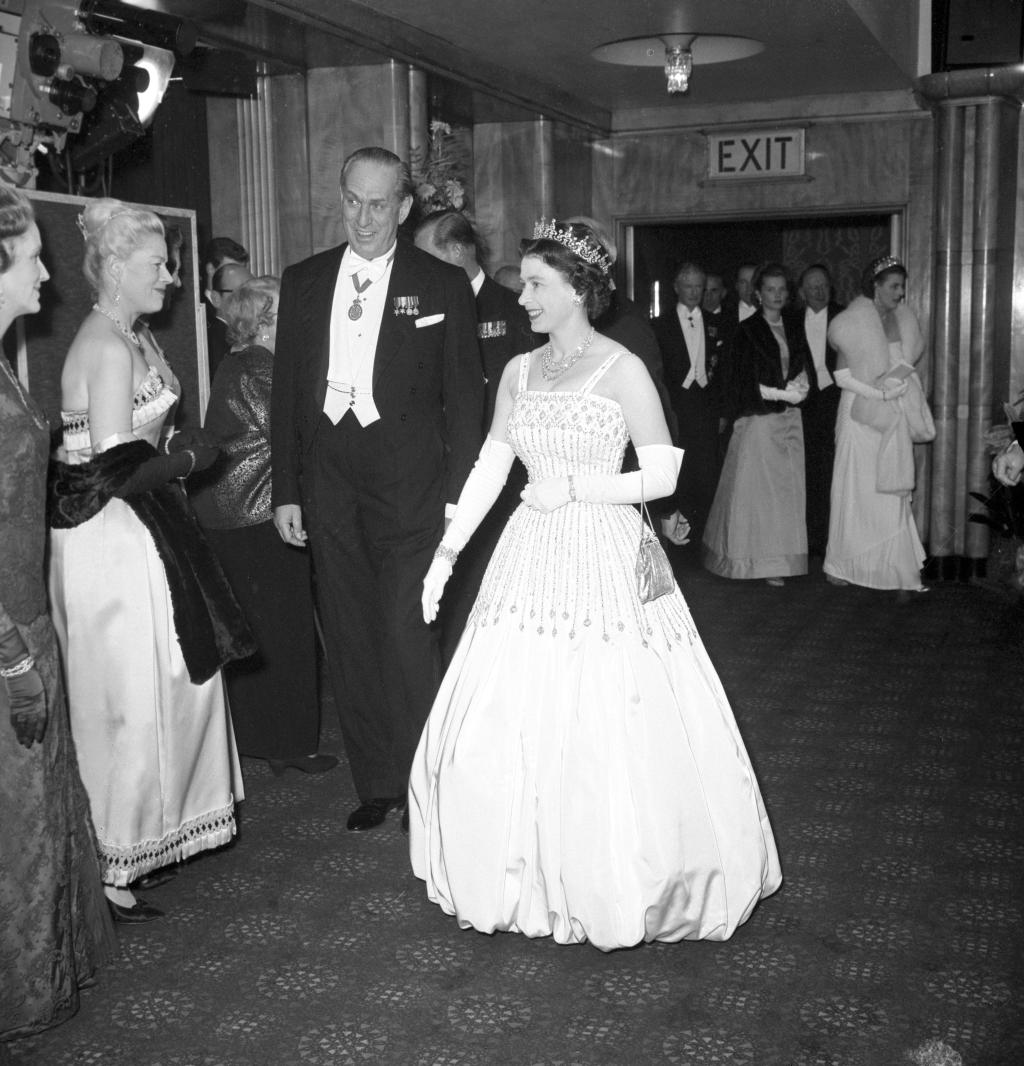 Her Majesty wore the gown her granddaughter, Princess Beatrice, would later re-fashion as a wedding dress to the premiere of “Lawrence of Arabia” in 1962. 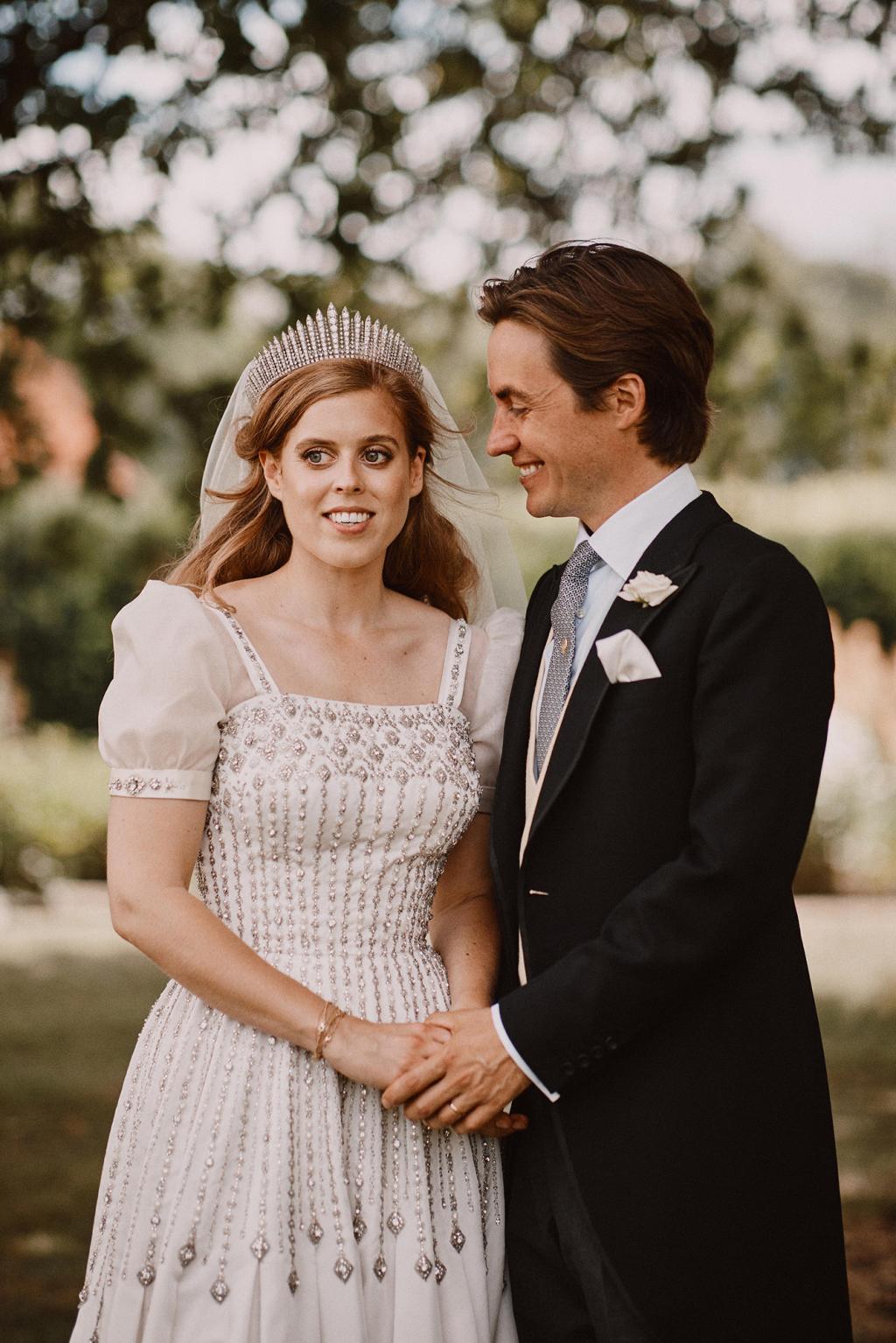 Princess Beatrice and Edoardo Mapelli Mozzi on their wedding day.

The “Chrisley Knows Best” stars face up 30 years in…

The Queen went with yet another Norman Hartnell design at the glamorous premiere of “Lawrence of Arabia” in 1962, and the sleeveless ivory taffeta gown encrusted with diamanté accents would later find new life at a royal wedding.

In 2020, Princess Beatrice made her grandmother’s dress her “something borrowed” and “something old” when she said her vows to Edoardo Mapelli Mozzi in a secret wedding attended by Her Majesty and Prince Philip. Another touching detail was her tiara: the same one the Queen wore for her own 1947 nuptials.

Over the years, Her Majesty embraced uniform dressing while on public engagements, usually sporting a colorful coat with a matching dress (often floral) underneath, and of course, a bright hat.

But she also stuck to a uniform while she was off duty, wearing Scottish tartans and English tweeds, cardigans (she favored House of Bruar styles), Hunter wellies, patterned headscarves and Barbour coats.

A kicky kilt was a favorite of the late monarch’s, and she’d sometimes wear the special Balmoral tartan designed by Prince Albert, her great-great-grandfather.

Diplomatic dressing became even more important when Her Majesty paid a visit to Ireland in 2011, becoming the first British monarch to visit the country in 100 years (her grandfather King George V traveled there in 1911).

Wearing a green coat by Stewart Parvin along with a matching floral dress and Rachel Trevor-Morgan hat, the Queen sent a message of unity with her outfit — and went on to astonish the crowd by giving a speech that started with her speaking in Irish.

During international tours in the years since, both Middleton and Markle have honored host countries by wearing their colors in the same way.

The Queen got meme’d! Her Majesty once famously said she had to be seen to be believed, and she’d often wear shockingly bright colors so her subjects could always spot her in a crowd — like the neon green coat and hat by Stewart Parvin she chose for her 90th birthday celebrations in 2016.

The lime outfit instantly went viral on social media — as did the hashtag #neonat90 — with many sharing “green screen” memes. Surely Her Majesty, who was known for her sense of humor, got a kick out of it all.

Solange’s Bottega Veneta Look Will Have You Green With Envy