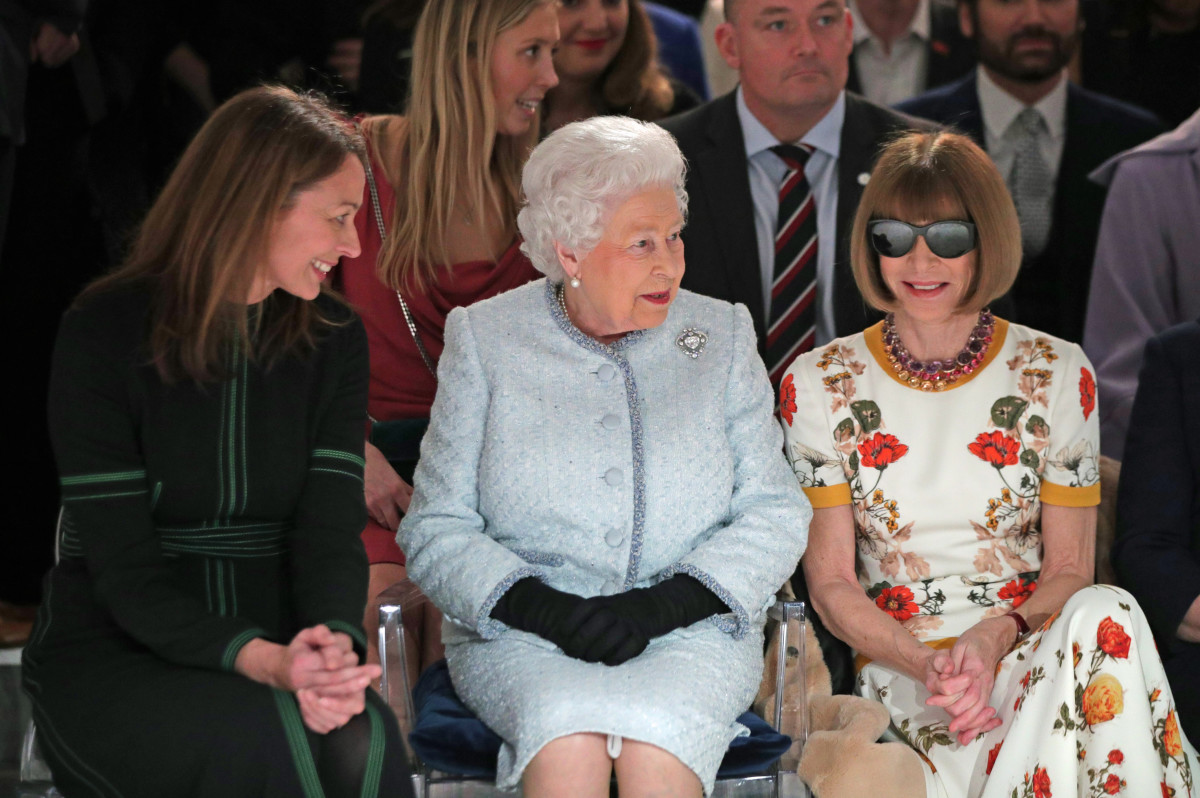 Following the news of Queen Elizabeth II’s death at age 96 on Thursday, a slew of brands have begun to cancel or postpone their Spring 2023 runway shows at London Fashion Week. Luxury labels such as Burberry and Raf Simons have officially called off their showcases, on top of British retailers like Selfridges and Liberty closing their doors on Friday, Sept. 9 to commemorate the queen’s passing.

“We are deeply saddened by the devastating news of the death of Her Majesty Queen Elizabeth II who has dedicated her life to serving her country, this her platinum jubilee year recognizes 70 years on the throne,” said the British Fashion Council (BFC) in an official statement provided to Fashionista on Friday. “The country will enter an official mourning period from today. This will coincide with London Fashion Week.”

The BFC announced that London Fashion Week — slated to run from Friday, Sept. 16 through Tuesday, Sept. 20 — will not be canceled. As suggested by the council, brands should go ahead and hold core events like runway shows, but non-core-business events — celebrations like store openings or parties — should be canceled or postponed. For retail stores, the organization recommended immediate 24-hour closure, black armbands for staff and closure on the day of the funeral (TBD).

The BFC also asks that brands and media outlets hold off on circulating images from presentations and shows at London Fashion Week to respect this time for the sovereign, and to release them after the national period of mourning, which will last for 10 days starting Sept. 9, has ended. All BFC communication channels will be paused and instead dedicated to the impact and influence of Her Majesty The Queen.

Individual brands have also begun announcing changes to their plans:

Burberry has confirmed to Fashionista that its show, originally scheduled for Sept. 17, has been cancelled. The brand also posted a photo of the Queen to Instagram. “We will update you on our plans in due course,” a rep for the brand added.

“Following the devastating news of the death of Her Majesty Queen Elizabeth II, we have decided to cancel the Raf Simons catwalk show on the 16th of September,” the Raf Simons team shared in a statement provided to Fashionista. “As the country enters a period of official mourning, we will pause during this time of great sadness. We will take this time to respect the legacy of Her Majesty Queen Elizabeth II and her 70 years on the throne. Our thoughts are with the Royal Family and the people of the Commonwealth.”