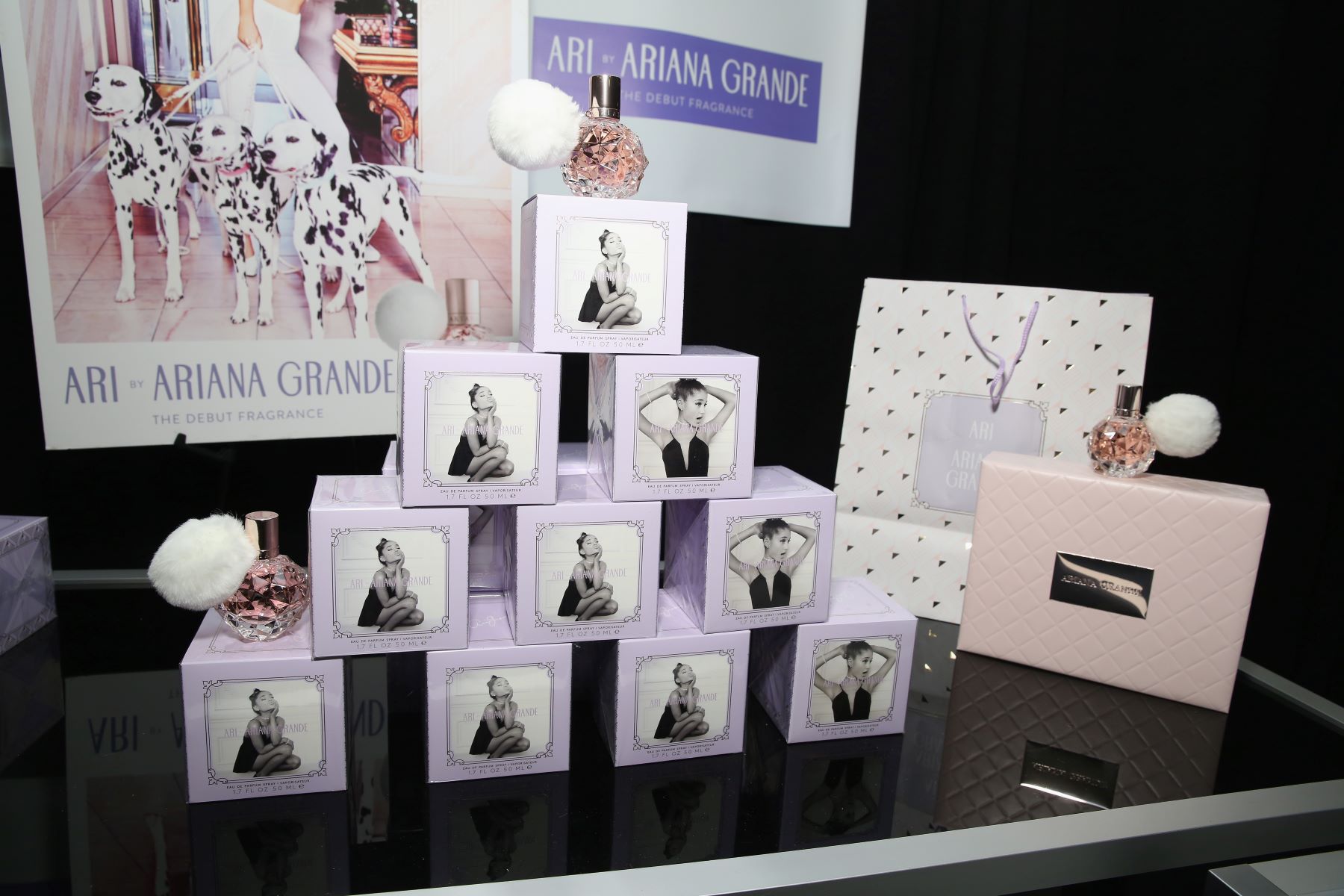 Ariana Grande is one of the most influential artists of today. The star dropped her new makeup line in 2021, and it sold out within hours of its launch. Grande has proven she has what it takes to not only excel as a musician but also as a businessperson.

Although her makeup brand isn’t pulling in numbers compared to her peers, Grande shines in the fragrance department. The star’s 11 fragrances make her the most popular celebrity selling perfume.

Ariana Grande’s style has evolved over the years, but her preference for all things feminine and sweet has remained constant. The same can be said for her fragrance collection, which many critics have termed one of the best celebrity fragrance collections in the market.

Grande began her fragrance journey in 2015 with a partnership with Luxe Brands, Inc. The first release was called Ari Eau de Parfum by Ariana Grande. The fragrance was inspired by gourmand and florals and features a variety of flowers, fruit scents, and marshmallows for its aroma.

The perfume comes in a beautiful rose crystal-like bottle. The following year, Grande released another fragrance named after her brother. The fragrance Frankie by Ariana Grande was touted as a gender-inclusive perfume “meant to be enjoyed by all.”

The perfume was a limited edition with scents of pear apricot, pink pepper, masks, and sandalwood. Later in 2016, Grande surprised fans with yet another addition to her fragrance collection. The new perfume, Sweet Like Candy, has a fruity and gourmand scent and was named after one of her songs with a similar name. Grande also released a Sweet Like Candy Limited Edition perfume.

Moonlight was Grande’s fourth perfume released in 2017. The perfume is described as a floral fragrance that combines the sensual aromas of Grande’s previous perfumes, Frankie included. Grande’s fifth release, Cloud (and Cloud 2.0), has to be the singer’s most profitable release.

The fragrance veers away from the crystal-shaped bottle synonymous with Grande’s design. It is packaged in a cloud-shaped spray bottle, and the perfume contains hints of fruit and flowers. For Thank U Next, Grande looked back at her first perfume and added some coconut to the fragrance to distinguish it from Ari.

There’s also a Thank U Next 2.0 perfume. Later, 2020 saw Grande releasing R.E.M, which features musk and floral scents. Then, Grande sourced vegan and cruelty-free ingredients for God Is a Woman.

Ariana Grande has managed to leverage her superstardom into a wealth-creating machine. According to Celebrity Net Worth, she is worth an impressive $220 million, and while most of her money comes from her music, some comes from her fragrance collection.

According to WWD, the estimated revenue from Ariana Grande’s fragrance collection is $150 million. Additionally, Grande has one of the highest fragrance online searches compared to other celebrities. Hey Discount reports that the “One Last Time” singer’s fragrances had 4.4 million searches, followed by Billie Eilish with 1.3 million searches.

Other celebrities who are making a killing in the fragrance game

Rihanna changed the beauty world with her Fenty Beauty makeup brand. The singer announced that she would share her perfume secrets with fans by releasing Fenty Eau de Parfum. The fragrance sold out within hours of going live. The perfume comes in a brown bottle and features blueberry, tangerine, magnolia, and musk. Rihanna’s perfume sells for $120.

Billie Eilish released her first self-titled fragrance in 2021. The perfume has notes of red berries, sugar, and vanilla. It’s a warm, sweet, and spicy aroma and retails at $68. Other popular celebrity fragrances include Scent from Above by Dolly Parton, Cher’s Eau de Couture, and Jennifer Aniston’s Eau De Parfum.

Perfume in the metaverse? Beauty brands are now getting in the game