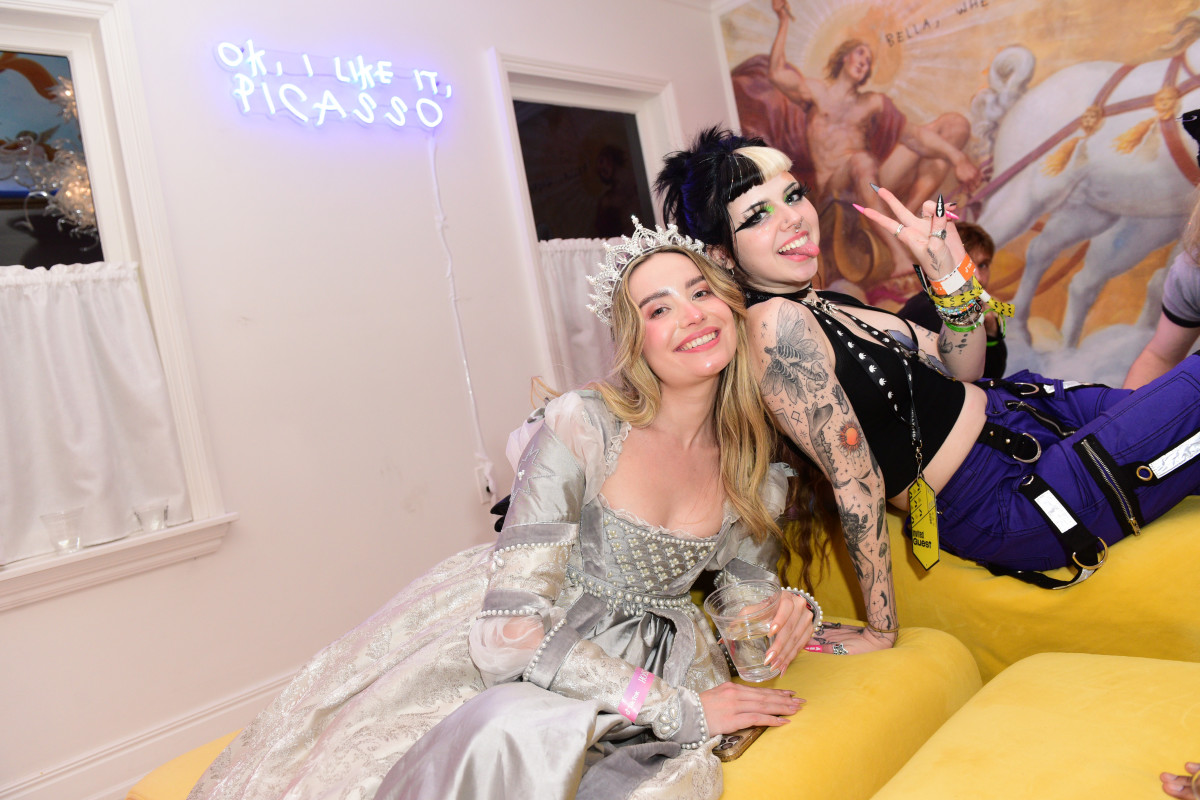 A Glossary of ‘-core’ Style Aesthetics

Nothing makes you feel old like watching your generation fade out of relevance to make room for the one that came after it. But rather than with bitterness, I look at Gen Zers and their behavior with fascination (a fascination that makes me feel very old). And one of the most fascinating areas in which they’re having an impact is language, including the way we talk about fashion. Suddenly, at least online, every style or trend is something-core.

To be fair, in much the same way we set up Gen Z to develop social-media addictions, millennials are partially responsible for this lexicological development: Normcore, which took the world and the industry by storm circa 2014, was the brainchild of two millennials — brand consultants and K-Hole founders Greg Fong and Emily Segal, to be exact. But Gen Zers have really taken the suffix and run with it, haven’t they? Given their tech-enabled existence and eight-second attention spans, it’s no surprise that they now distill complex ideas and cultures down to words that feel auto-generated and were probably made up in a matter of seconds.

Perhaps it’s because of our faster-paced trend cycle, or Gen Z’s desperation to churn out fresh content and avoid becoming cheugy, but it feels like every day, someone’s mentioning a new -core aesthetic in my TikTok feed, and there are even more in the feeds of my colleagues. So, collectively, we compiled a curated (there are simply too many to address all of them), alphabetized glossary of all the -cores you currently need to know about, to be updated as needed. (Hat tip to our Gen-Z intern Brooke and the website Aesthetis Wiki.) Read on to find out what “craftcore” means and start Gen Z-ifying your fashion vocabulary.

Barbiecore: This is a girly, mainstream aesthetic rooted in the lifestyle and wardrobe of the Barbie Mattel doll circa its late ’90s-early 2000s heyday. It’s all things pink, blonde, plastic, sunny, form-fitting, stereotypically glamorous, fake and eerily perfect. Paparazzi shots from the set of Greta Gerwig’s forthcoming “Barbie” film have added fuel to its fire.

cottagecore (see also: countrycore, farmcore, cabincore, campcore, Vermontcore): This aesthetic became ubiquitous on Instagram in the late 2010s, defined by idyllic rural or woodsy settings, shabby-chic interiors, cozy cardigans and prairie dresses. (Think: barn weddings, every photo shoot Dôen has ever done.) Early participants were rightfully criticized for romanticizing, oversimplifying and whitewashing a domestic, agricultural lifestyle they knew nothing about, as well as celebrating colonialism, but cottagecore has since been taken in a more progressive direction by a range of diverse communities. There are also a series of related, similarly outdoorsy offshoots all rooted in a desire to veer off the grid.

cowboycore/westerncore: This one’s pretty self-explanatory, comprising your standard cowboy hats and boots, fringe jackets and denim everything. You get it.

craftcore: Clothing within this sustainability-fueled aesthetic suggests that you either made it yourself (even if you didn’t) or spend much of your time crafting — quilt jackets, crochet, knits embroidered with colorful nature items (animals, bugs, flowers), aprons, excessive pockets, brands like Bode and Dauphinette.

goblincore: Sort of an “ugly” counterpart to fairycore, this is also rooted in nature and mythology, but clothes and accessories tend to look a bit tattered and clashed — in mucky, earthy colors like brown and dark green.

gorpcore: Another OG aesthetic, gorpcore entered the lexicon not long after normcore to describe functional outdoor gear styled in cool ways, from brands like Patagonia, Arc’teryx, The North Face and Salomon.

gothcore: This is a modernization of the goth look popularized by middle-school boys in the early 2000s, with their black clothes, PVC/Vinyl clothing, chains, dark eye makeup, chokers and band T-shirts.

lovecore: This is an aesthetic where every day is Valentine’s Day. Pinks, reds, hearts, lips and cupid motifs are involved, as are lingerie and lingerie-inspired details like silk and lace.

normcore: The core of all fashion -cores! Millennials created a monster when we started using this term to describe a preference for unassuming, vibeless clothing that eschews trends. The uniform-like look is associated with “Seinfeld,” dad sneakers, baseball caps, Birkenstocks, fanny packs and simple wardrobe basics.

royalcore (see also: regencycore, victoriancore, knightcore): Encompassing all things European royalty, this aesthetic has been fueled by period media like “Marie Antoinette,” “The Crown,” “The Great” and “Bridgerton.” It’s defined by opulent colors and materials and frilly, pre-20th century silhouettes: nipped-in waists and full skirts featuring ruffles, bows and other romantic details. There are many sub-categories of this aesthetic including princesscore, queencore and knightcore — the latter featuring tougher details like chainmail and armor-like shapes.

vacationcore (see also: Europecore, Italycore): Stemming from our universal inclination to share vacation pics online and thus curate outfits for this documentation, vacationcore no longer requires a plane ticket. Just dress like you’re traipsing through northern Italy or the South of France without having to deal with flight delays, jet lag or contagious viruses.