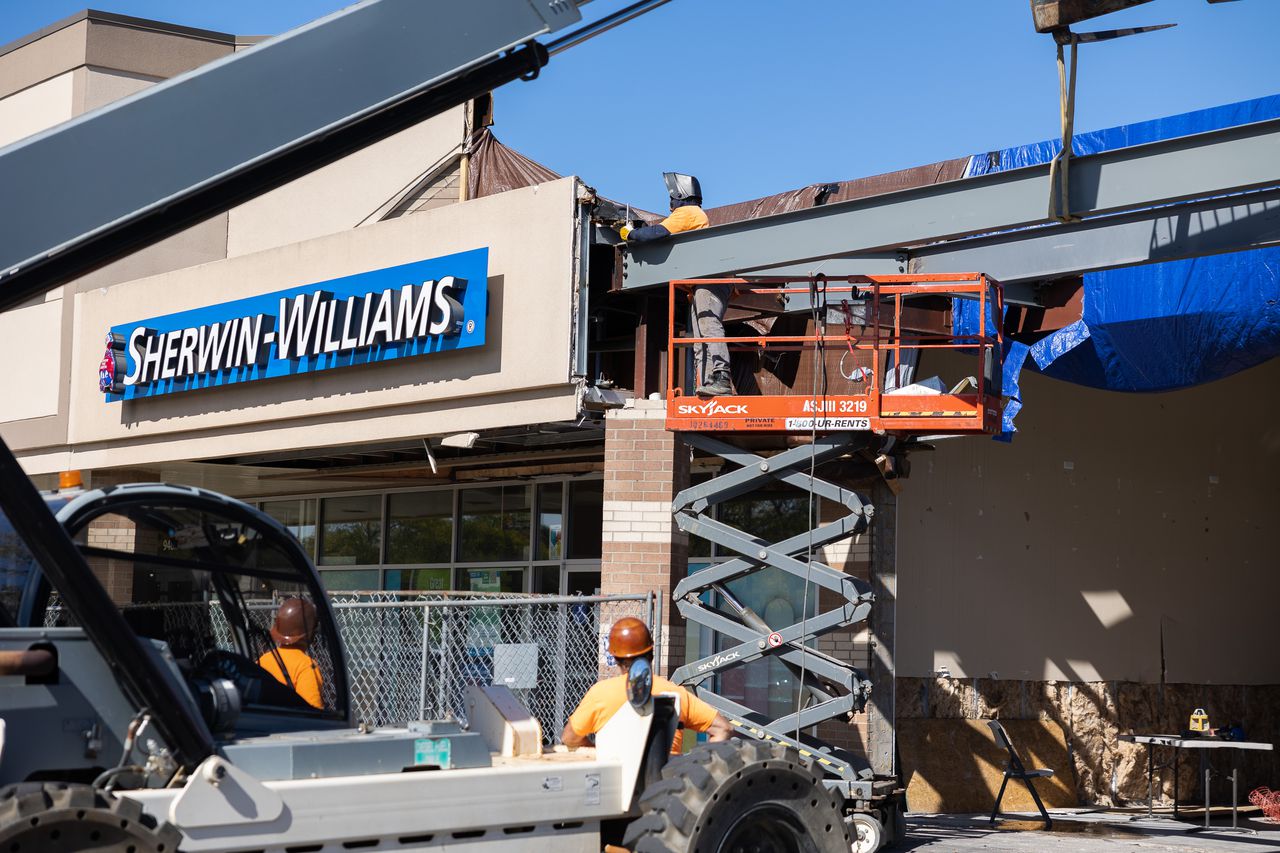 ANN ARBOR, MI — Three businesses damaged by a February fire in Ann Arbor are still unsure when they will reopen.

Fire crews were called on Feb. 8 to Cranbrook Village shopping center at 914 W. Eisenhower Parkways after flames were reported coming from the overhang of the Big Blue Swim School, which was under construction at the time.

The fire caused roughly $250,000 in damages, officials said at the time. Neighboring businesses PetPeople, DiBella’s Subs, Sherwin-Williams Paint Store, and Ethan Allen were all closed immediately after the fire, Ethan Allen and PetPeople reopened soon after.

Although the rubble has been removed, the storefront is still visibly damaged. Some demolition and reconstruction has begun in the past two weeks, Hiag Avsharian, owner of the Big Blue Swim School, told MLive in an email.

“Most of what is visible from the outside is (demolition) work, which included removal of almost the entirely front wall and all of the façade structure including some steel beams that had warped from the heat of the fire,” Avsharian wrote. “Inside the space, demo has started to take down drywall and treat all steel studs to ensure there is no lingering smoke smell.”

Construction was originally slated to start in August 2021, with an estimated opening date of early 2022. Avsharian said the school is now slated to open in “February at the earliest, April at the latest.”

“But those are just guesses,” he added.

DiBella’s Subs is also working on reopening, AJ Shear, a spokesperson for the company, told MLive in an email.

“100 percent still planning to open as soon as we possibly can,” Shear wrote. “…We’re getting there slowly, but surely. There are a lot of moving parts in this situation with builders/general contractors, insurance, property management, etc.”

The fire’s cause was determined to be electrical, Mike Kennedy, chief of the Ann Arbor Fire Department, told MLive in an email.

“There were a couple potential electrical sources, so our fire marshal could not say definitely the exact failure point,” Kennedy said. “However, arson and other sources were ruled out.”

Sherwin-Williams did not respond to a request for comment.